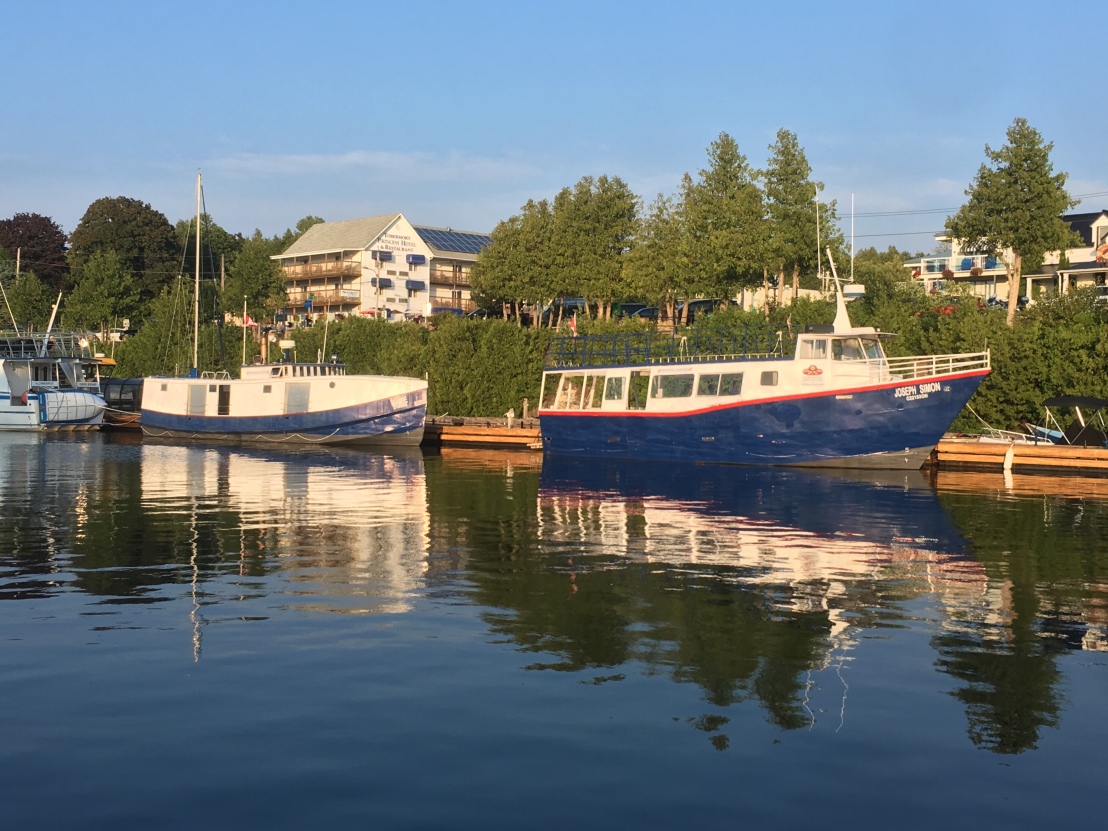 Friday morning in Tobermory welcomed us with beautiful skies, and temperatures in the mid 70’s. Our friends from home port are starting their journey later today, and it looks like Mother Nature is going to welcome them with fair weather and calm seas.

We spent the morning cleaning up the boat, catching up with laundry, and taking a walk-about around town, picking up any necessities we needed for the next few days. As the temperatures climbed, we quickly came to the conclusion that we needed to get the dinghy launched so that we could cruise around Little and Big Tub harbors.

By the time we got the dinghy launched and we were underway on our excursion, it felt like temperatures were in the 80’s until we rounded the car ferry port at the end of the harbor. Lake Huron quickly reminded us of where we were, when the temperature dropped immediately a good 10 degrees – not at all uncomfortable, but very noticeable. After poking around the harbors for a couple of hours, we found a new restaurant at the end of the harbor – Coconut Joes, and tied the dinghy up to their floating docks for some quick appies and to relax. A great way to spend late afternoon, watching all the coming and goings in the harbour.

While out on the dinghy, we encountered a slight amount of fog, but it had the smell of a campfire.  When we mentioned it to our waitress, she stated that what we encountered was smoke from the forest fires across on the other side of Georgian Bay.  She went on to say that just a couple of days prior the entire city was engulfed in dense smoke that blew across over 60 miles of open water.  I did some checking into things to find out that the forest fire around Bad River – our next planned destination – was still out of control.  Bad River and the surrounding areas were restricted.  As such, we are modifying our plans to go through Killarney instead and find some anchorages out of the range of the fires.

Once back to the boat we checked on the status of our friends. They were well underway; Fixation was already in Bayfield and the others were expected to be there by around 7:00 PM. Well, we better get rested up for their arrival… I know what’s coming!!