Another beautiful day and we were off immediately after breakfast (see prior blog).

Our new strategy for locking through has proven successful and beneficial. Decide what side of the lock is in better condition, then choose a line to secure the bow to “<Side>, <Line number>; i.e. “Port 6”. While the lock conditions seem to have improved, we did go through some where parts of the wall and other debris have fallen near other boats locking through with us. So far, so good.

On the entrance to our first lock today we encountered two logs directly in front of us, but were able to nudge them just off center (very slowly, I might add) to get them alongside us. That, followed by quick blast of the front thruster got them safely away from the hull. Hmm, new use for the thrusters!! 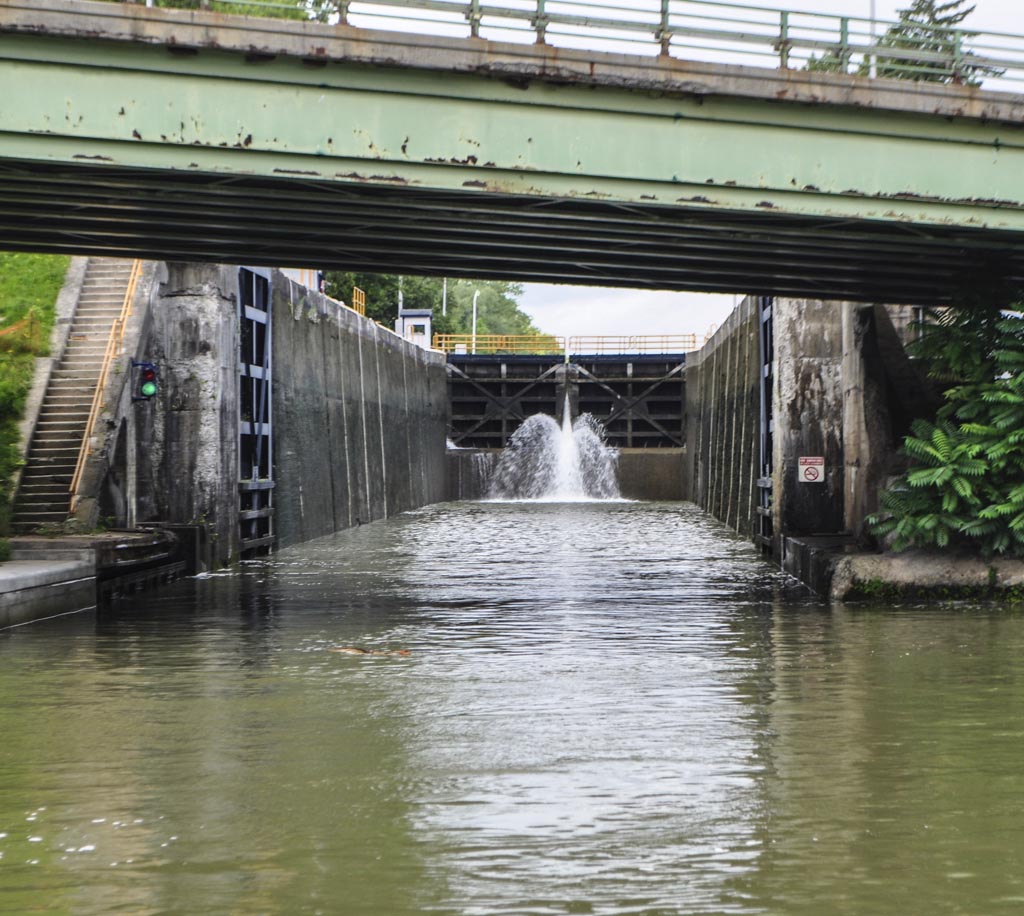 The canal continued as described yesterday – very parklike setting. We continued on and crossed the Genesee River (which takes you north to Rochester), we also went through the longest stretch of rock that was cut through on the canal, followed by four lift bridges. When the bridges are down there is ~3′ clearance, they lift to about 15′ clearance. The bridge operators work two bridges at a time so they drive back and forth between them to lift and lower as needed. Some delays are inevitable but they do a pretty good job trying to keep things moving. We have eleven more of these before the end of the canal system. We finally settled into Holley around 3:30 PM. 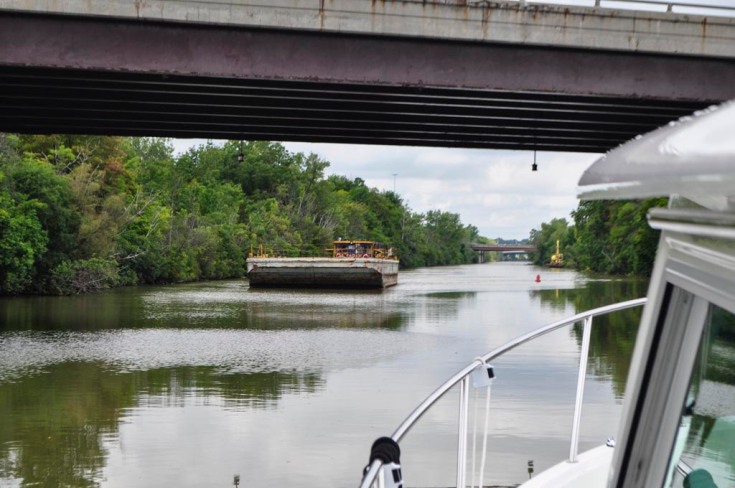 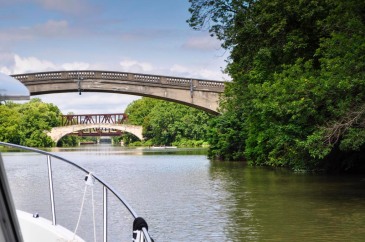 Holley’s wall area is as described – a real park setting with a 50′ waterfall a short walk away. Met a number of really nice people here, including Dale and Carol, a couple from the North Star Sail Club (on the Clinton River!) along with Mike and Carol, who have navigated up from Florida. 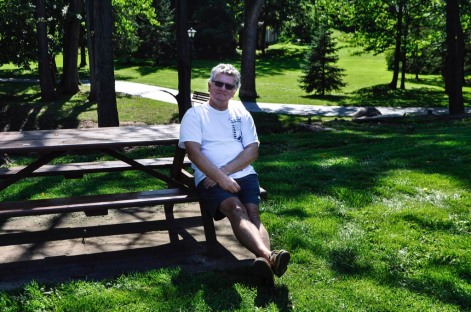 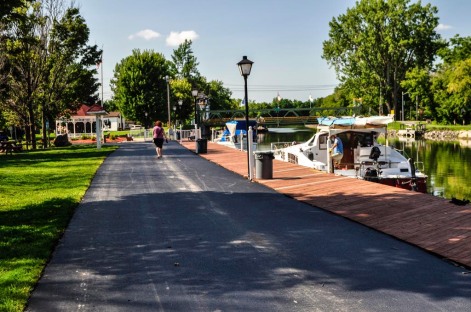 Did another drone flight as well as a walk to the falls and into town. 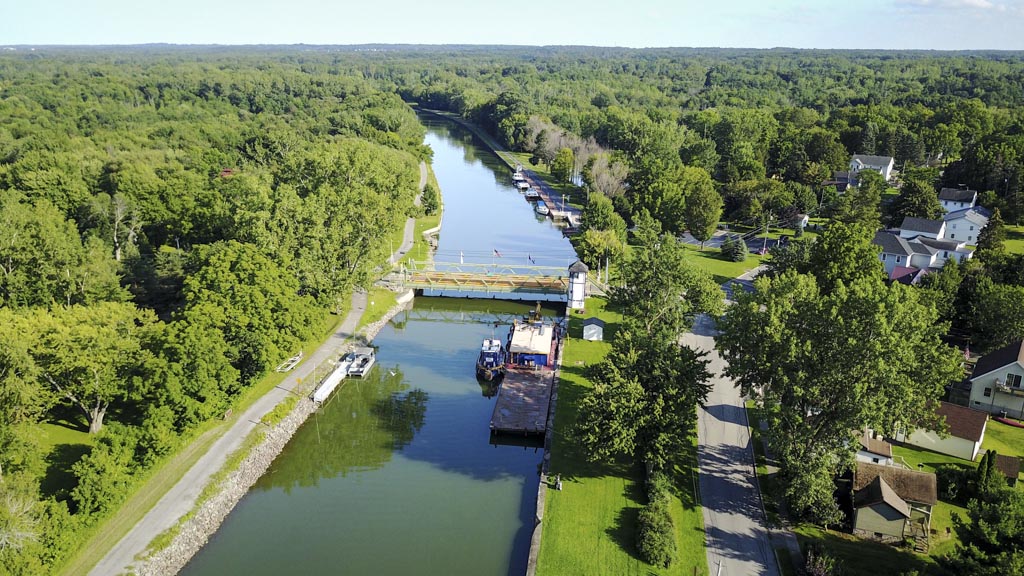 Tomorrow we are planning for a bit of a long run, potentially to Tonawanda, NY, unless of course something distracts us along the way.