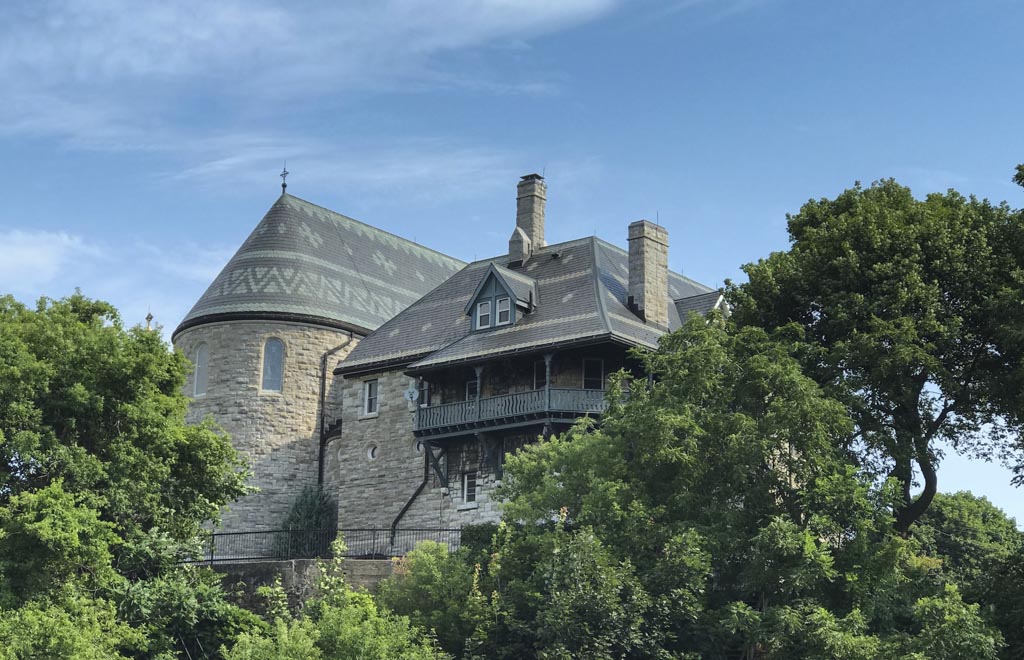 So… when we arrived in Gananoque, the plan was to spend a night in the marina, explore town, restock then head out to some anchorages over the next few days.  Then we reviewed the weather report, as did seemingly several other people here, and we all elected to stay in the marina as severe thunderstorms and high winds were predicted on Thursday and Friday.  Well, Thursday was sunny, hot and beautiful.  Friday predicted even worse, better stay put… Friday was sunny, hot and beautiful until about 6:00 PM when storms finally came through; but not all the fire and brimstone that was predicted. 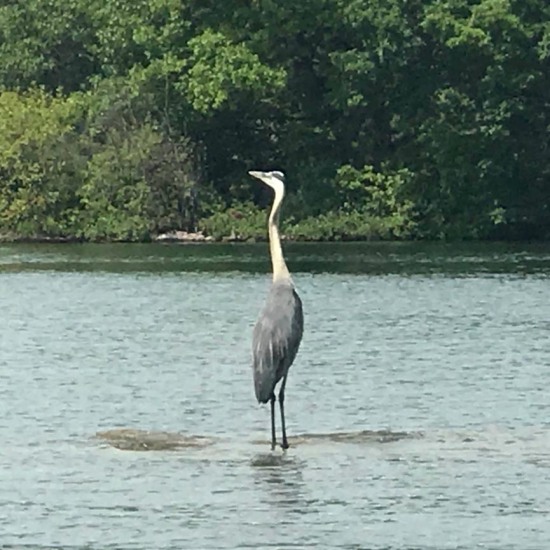 Bird is the word

Chair on a dock? 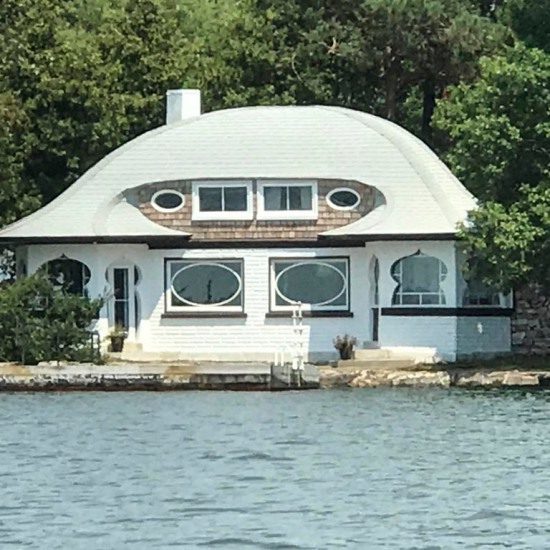 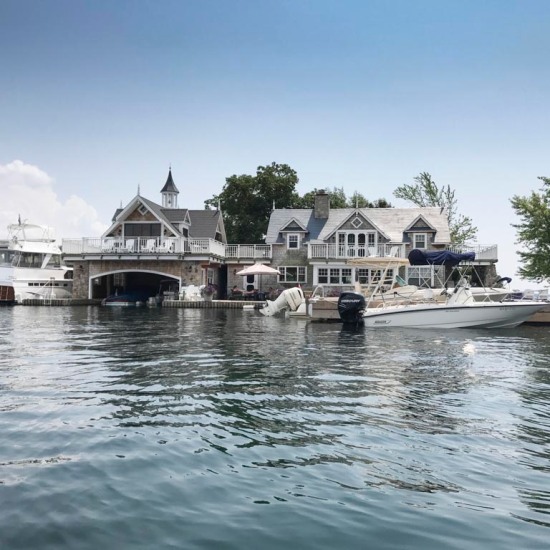 Then a private island

Anyway,  on both beautiful days we took the dinghy out on excursions of the anchorages we planned to take advantage of and chose a couple of potential locations, as well as cruising around the Admiralty Island chain.  We figured we’d at least get to the anchorage on Saturday.  We woke on Saturday to 20 knot winds with higher gusts, it was blowing to beat the band!  (NOAA indicated 10 – 12, with occasional 13 foot waves on Lake Ontario). So we stayed another day, and here we sit Saturday night still in Gananoque Marina.  All in all not a bad place to be with the Thousand Islands right here.

The dinghy outings were a lot of fun, went all over the place exploring.  So many islands and coves.  Some spectacular houses, BIG fish jumping (Muskie?), birds.  We did see evidence of the high water everywhere, several docks just barely under water (instead of the other way around), some all you saw were the cleats as evidence there was a dock in there somewhere.  There were also a lot of boats in the anchorages, ends up we’re here in the middle of a two week construction shutdown up in Quebec, so all the boaters from Quebec are here!  WooHoo!!  As elsewhere, meeting a lot of great people and exchanging boating and travel stories.  Man, a lot of people are out and doing some serious cruising.  The person next to us here bought their first boat (45 ft) and just completed the Great Loop as their first outing!

Anyway…here are some pictures from the dinghy rides, walks and bike rides in town. 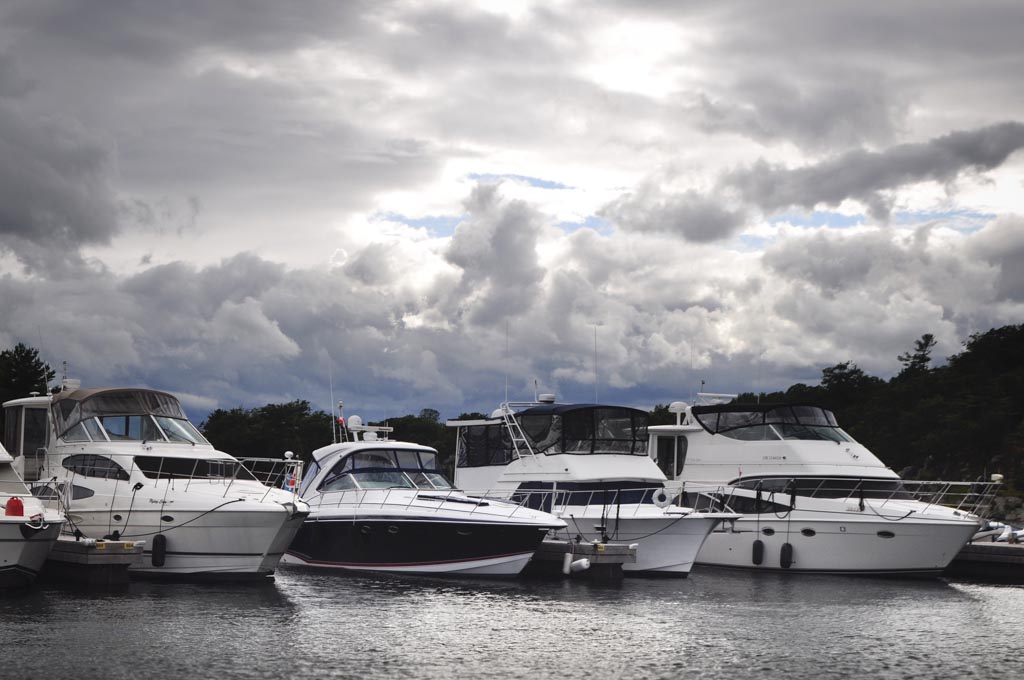 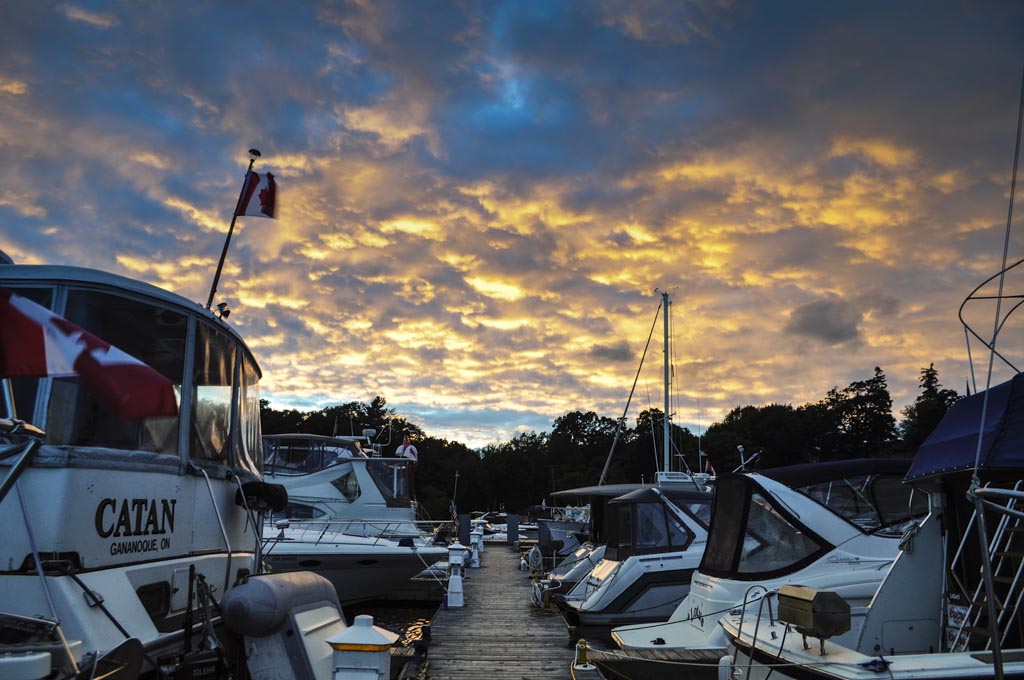 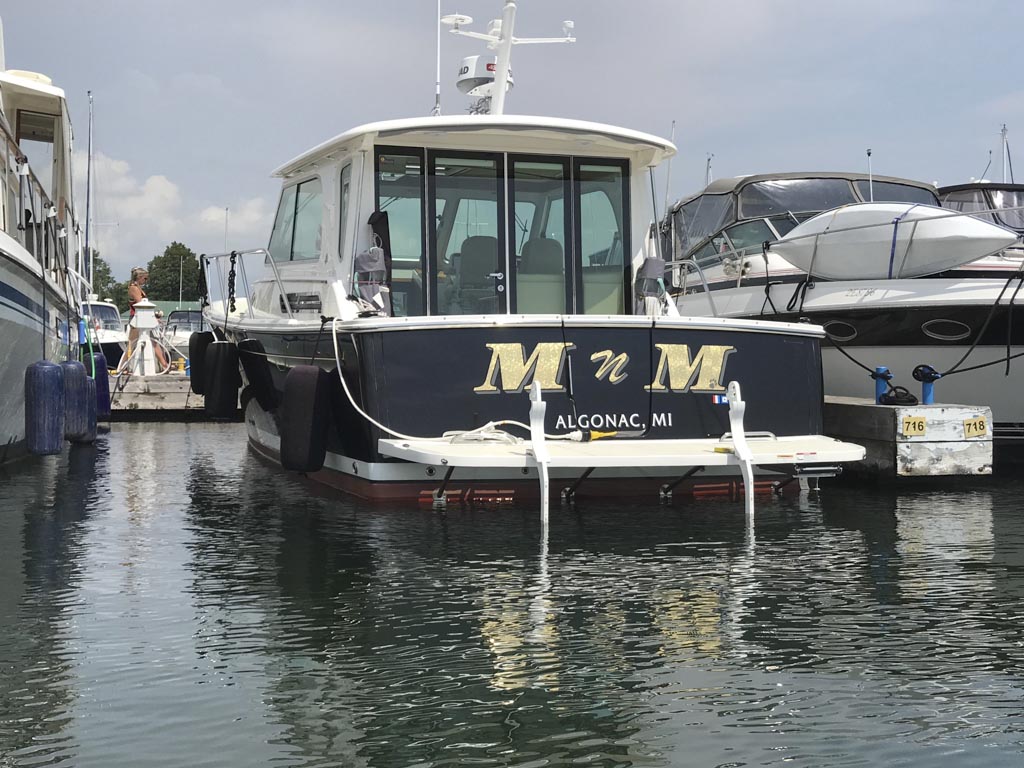 2 thoughts on “Hanging in Gananoque”