We had originally planned to stay in Tobermory for 2.5 days, but the weather forecast was indicating one meter waves Wednesday and two meter on Thursday.  Georgian Bay was flat so we decided to make the run to Port Severn Tuesday.

Leaving Tobermory we encountered light fog – 1/2 mile visibility – for about 15 – 20 miles, after which the fog lifted and gave us a beautiful ride southeast toward Port Severn. 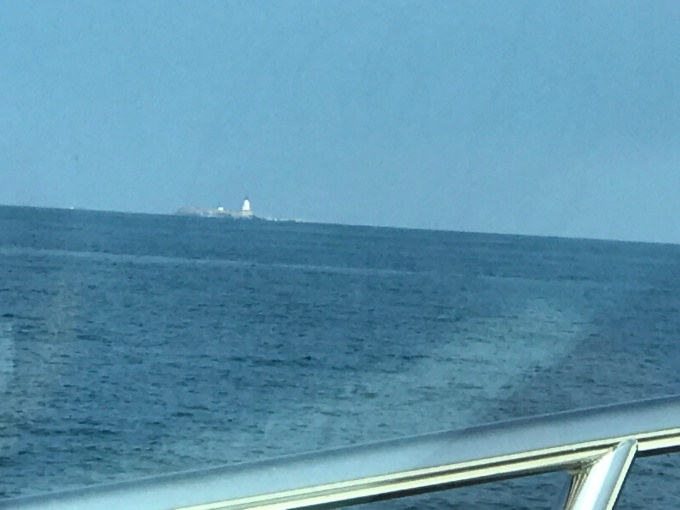 Once there we decided to take the Potato Island channel to enter Port Severn and to go through our first lock – Lock 45.  The Potato Island channel was a lot of fun, in parts of it the opening between the red and green bouy’s was no more than about 15 feet – and there were rocks on both sides!  Not a place for high winds or marginal visibility.  From there we headed up to go under the highway bridge and through the lock.

On the chart the current under the bridge is stated as typically 2 knots…. NOT THE CASE TODAY.  As we went through (again really narrow passages), I’m guessing it was more like 10 knots, likely due to the high water levels.  And then there was lock 45 – the dam to the right of it was gushing water, however getting into the entrance to the lock was relatively manageable (and I mean relatively 🙂 ).  Entering the lock was very easy, and the lock staff were very helpful.  We were elevated 16 feet in the lock (smallest lock in the system and hand cranked to let water in and out), and entered the Trent Severn. 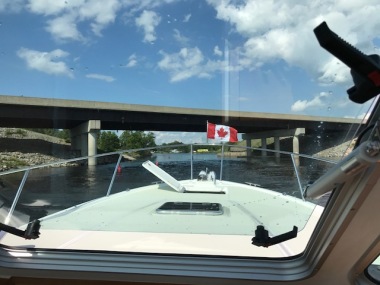 Spent the night at Starport Marina, and met some great people here who gave us recommendations on anchorages and restaurants.  Starport Marina is very nice, has both Diesel and Gas and a well equipped marine store.  Facilities are well maintained, and your dockage includes free laundry (nice).

Plans for today are to find an anchorage in this area.  We’ll keep you posted.

2 thoughts on “Tobermory to Port Severn”